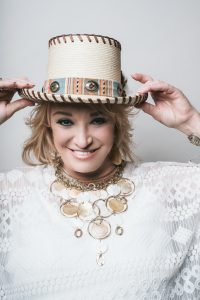 In 1974, Rolling Stone ran a cover story on Tanya Tucker with the headline that said “You’re Gonna Hear From Me.” Truer words have never been spoken. For four decades, her sultry voice and vivacious stage presence has helped to make her one of the most admired and respected female vocalists in the Country Music genre. Tanya’s reign includes 23 Top 40 albums and a string of 56 Top 40 singles, 10 of which reached the No. 1 spot on the Billboard charts. Along the way, she has provided some of the biggest country music hits of each decade, including, “Blood Red and Goin’ Down,” “Would you Lay with Me (In a Field of Stone)” and “Texas (When I Die),” just to name a few. Tucker is also the recipient of numerous awards, including two CMAs, two ACMs, and three CMT awards. For more information, visit tanyatucker.com.