Lend Me a Tenor The Musical 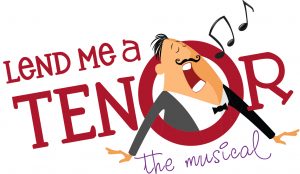 The riotous tale of mistaken identities and unexpected romance explodes in this brand new musical comedy based on the Tony award nominated play. It’s 1934 and Opera virtuoso Tito Merelli is about to revive Otello for the ten-year anniversary of the Cleveland Grand Opera Company. When Tito becomes unexpectedly incapacitated, a suitable replacement must be found. Max, the Opera Director’s sheepish assistant, is charged with the daunting task of finding a suitable replacement. Who is cavalier enough to replace him? With the help of a menacing soprano, a tenor-struck ingénue, a jealous wife, and the Cleveland Police department, mayhem, lunacy and shear panic ensue, but in the end the show must always go on.

Directed by Marva Craft with Music Direction by Kathy McNickle