All performances will be held in the Mars Theater.  Due to the nature of the production and space, we will not offer late seating. Please allow extra time for travel and dining.

Full descriptions can be seen by clicking “Buy Tickets” for each performance. 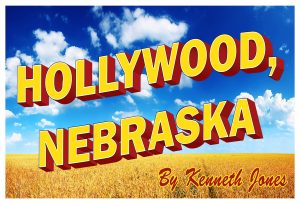 Wyoming Theater Festival, devoted to the development of new work, will welcome acclaimed Roundabout Theatre Company to the 2017 season in Sheridan, WY, where the two organizations will partner on the early development of new plays penned by Jeff Augustin, Victor Lesniewski and Roundabout associate artist Jenny Rachel Weiner.

As part of Roundabout’s ongoing Space Jam initiative, playwrights will be provided space to live and write in rural Sheridan for up to three weeks, working at their own pace away from commercial or urban distraction. The Space Jam residency will culminate in three public readings presented by Wyoming Theater Festival. This marks the first regional residency in the Space Jam program.

The partnership between Wyoming Theater Festival and Roundabout Theatre Company came about following a conversation between Festival artistic director DannyLee Hodnett and Roundabout’s Manager of Play Development, Nicole Tingir, during Roundabout’s visit to the 2016 festival.

With 36 Tony Awards to its credit, as well as five stages on and Off-Broadway, New York City’s Roundabout is perhaps the nation’s most visible non-profit theater. Space Jam is Roundabout’s new playwright support initiative designed to give writers the time and space to work away from crowded coffee shops and shared living spaces. Space Jam offers several local group writing retreats each season, hosting up to 10 playwrights at a time, as well as private office space shared among a rotation of playwrights through WeWork. The Wyoming writing residency includes housing, transportation, and the production of readings for three playwrights.

“New York City contains precious little open space, but Wyoming is mostly open space,” said Festival artistic director DannyLee Hodnett. “Under our big sky, artists experience a sense of creative decompression. Annie Proulx experienced it when she penned the story that became ‘Brokeback Mountain.’ Ernest Hemingway understood it when he said, ‘There are two places I love: Africa and Wyoming.’ Past participants in the Wyoming Theater Festival have lived it. This September, Augustin, Lesniewski and Weiner will be introduced to it while in residence here.”

“Roundabout Theatre Company is excited to team up with Wyoming Theater Festival to curate and provide residencies for three playwrights from the Roundabout family of artists,” said Roundabout’s Artistic Director and CEO Todd Haimes. “We find that time and space are the true building blocks of creating plays – and Wyoming provides both these resources in abundance. Our playwrights are looking forward to not only developing and presenting readings of their own

plays, but also to engaging with the Sheridan community and festival artists throughout their time in Wyoming.”

In addition to readings of the three Space Jam plays, Wyoming Theater Festival will mount staged developmental productions of three new works: Mark Saltzman’s new musical “Another Roll of the Dice,” featuring songs by Frank Loesser and stories by Damon Runyon; Gabrielle Sinclair’s “The Resolute”; and Kenneth Jones’ “Hollywood, Nebraska.” These staged productions will be seen in at least six performances, with the dramatists working in tandem with professional directors, actors and designers in a rehearsal and performance residency that begins August 21 and ends September 17. All writers in the festival’s various programs begin their work the week of August 21.

The Wyoming Theater Festival readings and performances play on various dates September 7-17 in the Mars black box stage in the WYO Theater. The 2017 festival season also features a full series of readings, lectures, workshops and other events to excite theatergoers.

The non-profit Wyoming Theater Festival is an immersive theater experience connecting playwrights, players, and community in fostering the evolution of new and revitalized theatrical works. The festival focuses on aiding playwrights and creative teams in the formation of works worthy of today’s audiences and shepherding these works towards full productions on stages across the nation. wyomingtheaterfestival.com

Roundabout Theatre Company is committed to producing the highest quality theatre with the finest artists, sharing stories that endure, and providing accessibility to all audiences. A not-for-profit company, Roundabout fulfills its mission each season through the production of classic plays and musicals; development and production of new works by established and emerging writers; educational initiatives that enrich the lives of children and adults; and a subscription model and audience outreach programs that cultivate and engage all audiences. Founded in 1965, Roundabout presents this work on five New York City stages and across the country through national tours. Since moving to Broadway 20 years ago, Roundabout productions have received 209 Tony Award nominations, 202 Drama Desk nominations and 239 Outer Critics Circle nominations. More information on Roundabout’s mission, history and variety of programs can be found by visiting www.roundabouttheatre.org