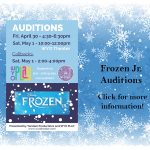 The WYO Performing Arts and Education Center is excited to announce that this year’s children’s musical will be Frozen, Jr.! Presented by Tandem Productions and WYO PLAY, Frozen Jr. will be directed by WYO PLAY Lead Teaching Artist Grace Cannon with music direction by Stephanie Zukowski. Performances will take place June 16-19. All students aged […] 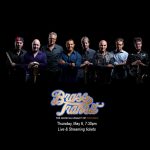 Thursday, May 6, 2021, 7:30pm Brass Transit was formed in 2008 and brought together 8 of the most talented and accomplished award winning musicians. Their sole purpose was to pay tribute to one of the world’s greatest and most successful pop/rock groups of all time, CHICAGO. Since then, the group has toured North America dazzling […] 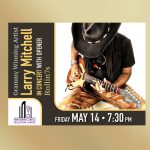 In concert with opener The Rollin 7’s Friday, May 14, 2021 – 7:30pm Larry Mitchell is a Grammy award-winning producer, engineer and performer who has toured the world playing guitar with well-known artists including Tracy Chapman, Billy Squier, Ric Ocasek and Miguel Bosé. In his original compositions, Larry skillfully weaves guitar textures that showcase his […]